Human beings consume large amounts of food each day, leading to large quantities of waste. However, this waste is not always a bad thing. Using the organic waste materials from your kitchen, you can make compost for your garden. If you don’t know where to begin, you can watch the video, “Beginner’s Guide To Composting“.

Many everyday household items form compost, from kitchen scraps such as vegetables, fruit peels, and eggshells to leaves, garden plants, straw, and a lot of other forms of organic material. Because of its numerous benefits, composting is a common practice in many households.

Making compost requires little effort since its formation is relatively passive. Once a person has procured a compost container or created one by using an enclosed bin, they may begin to place their waste items in it.

These waste substances are often placed in layers preferably of green, which consists primarily of kitchen scraps, and brown, that consists mainly of leaves and newspapers. The green layer will add nitrogen to the mixture, while the brown will produce carbon. It is essential to keep the mix wet to help create aeration and moisture. Turn the mixture now and then to allow air to flow and, in turn, lead to faster compost production. The process may take several weeks or even months. 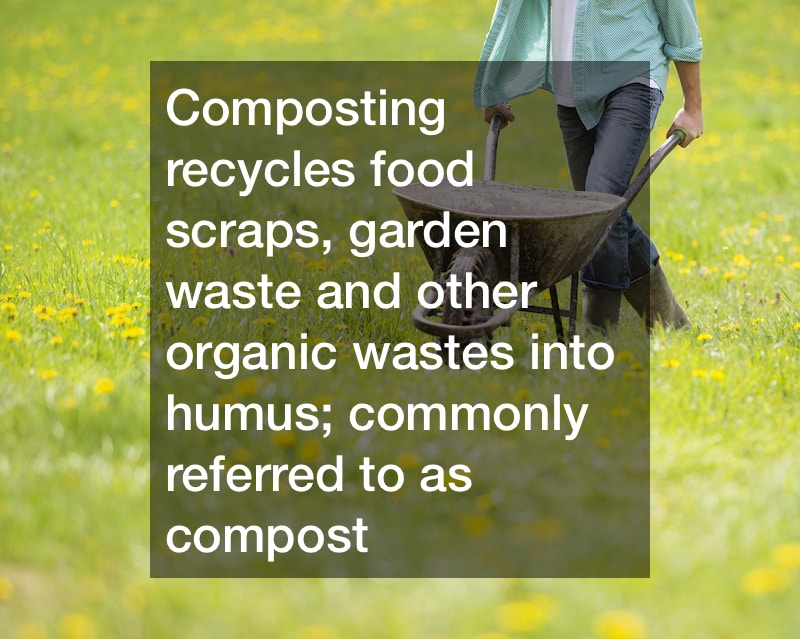